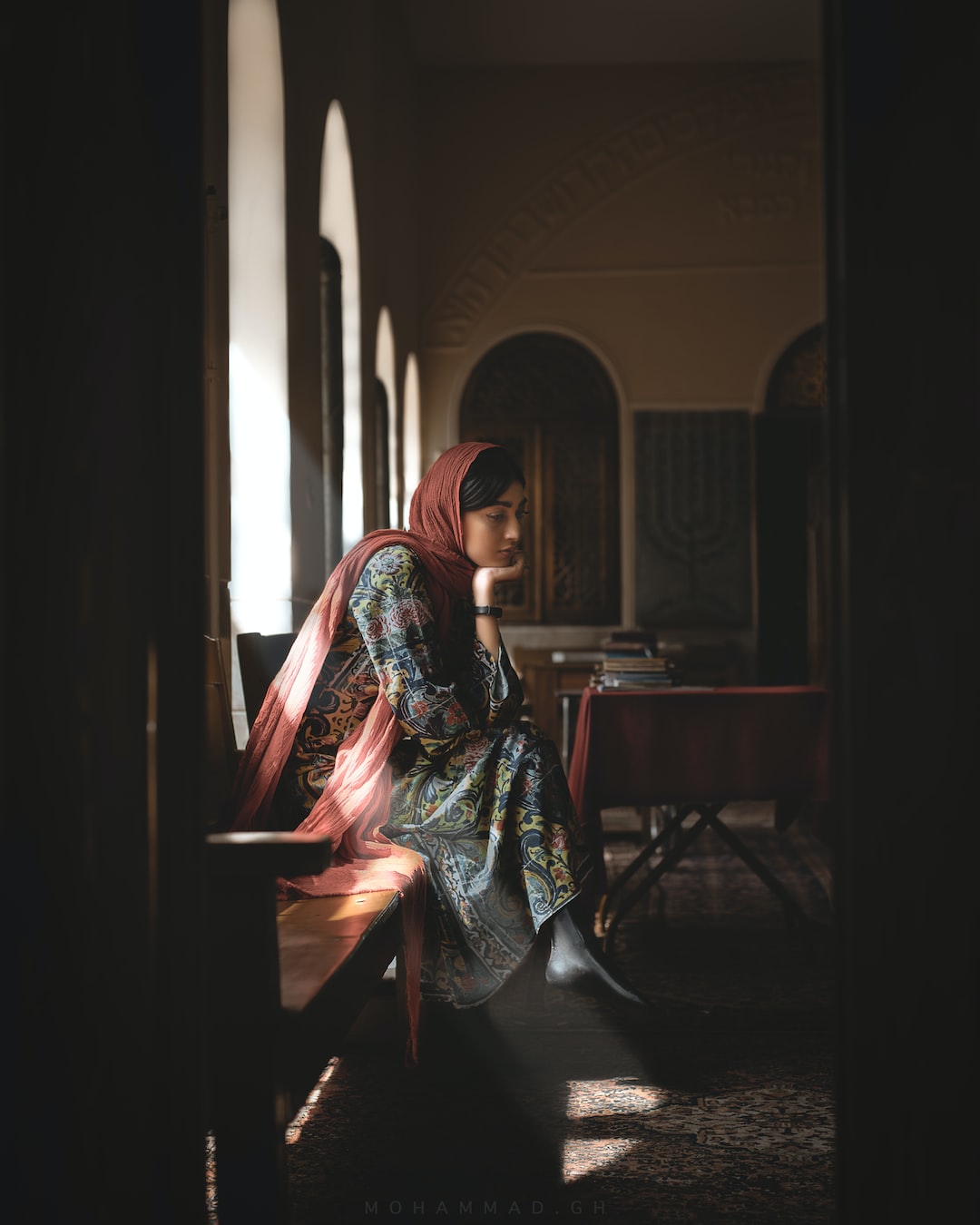 Threats, torture and rape – a protester gives accounts of abuses in Iranian prisons

It has been more than 40 days since Mahsa Amini’s death in police custody, sparking nationwide unrest that led to a brutal crackdown by security forces. According to the latest figures from the Human Rights Activists News Agency (HRANA), more than 13,000 protesters and their supporters have been arrested. Their names have not been officially announced, and the whereabouts of many of them remain unknown. But others were able to provide harrowing accounts of what happened during the interrogations.

One of these detained protesters spoke to IranWire about the physical and psychological violence he faced while in detention.

Mr. N. was arrested. In Tabriz, the capital of East Azerbaijan Province. A picture of him was taken during a demonstration and posted on social media by regime supporters. For this reason, it can be quickly recognized by security services. “Less than two hours after my photo was posted, I was called from an unknown phone number. I had gone back from Tabriz to the city where I work. Until noon, I was called twice from unknown numbers again, but I didn’t answer. The same afternoon, I was called from a mobile phone and I answered. The caller told me that I had to go to the Tabriz intelligence office, room 37.”

Mr. N did not go to the intelligence office. On October 9, two agents of the Criminal Investigation Department of the Tehran police and four agents of the Islamic Revolutionary Guard Corps Intelligence Organization (IRGC-IO) came to his home: “Police investigators treated me with respect, but soon left to do their work. Revolutionary Guard agents took me The Iranian in the Islamic opposition to the city of Tabriz in a car with smoky windows. On the way they asked me where my mobile phone was, and I said I don’t have any.”

Near Tabriz, customers put a small white bag on Mr. N’s head.: “I think we stopped outside the city because I heard dogs howling in the distance and the sounds of cars driving on the highway. Then I heard something that sounded like an open gate.”

After getting out of the car, the group went up a few steps and through one of the doors. At that moment, Mr. N. He hears voices: “I could hear moaning and screaming. We passed a third door, and they told me to keep my head down, they pulled the bag out of my head and told me to undress.”

Mr. N. describes. The beginning of his suffering in detention: “Someone imitated the sound of a stun gun and shouted ‘hurry up’. I took off my clothes. Four people were surrounding me. One of them put his hand on my head. They ordered me to sit and stand and used a flashlight. Then they gave me a uniform of the Guard Detention Center and took me to solitary confinement. “.

The cell measures three square metres, and there is a toilet behind a screen. Mr. N’s cellmate was a young man: “Amir was arrested in Saqqaz [in Kurdistan]. They brought him to the cell on the first day of the protests and have not visited him since. He went crazy and couldn’t sleep. He said he was ready to confess to killing his parents in order to put an end to his nightmare. They brought us one plate of food.”

Soon after, Mr. “N” was taken for questioning. They tied his hands and covered his head with a black cloth: “Again we walked around before climbing a few steps. When we entered the main building I heard some people screaming. One of them asked: “Is this the same person we called who didn’t come?” Then they kicked me behind my knees.”

Mr. N fell to the ground, and someone pulled him: “Then they knelt me ​​in ribs. When I fell to the ground, someone said: ‘This is because last night in the cell I gave advice to this little dog.’” Mr. N. advised his young cellmate “to deny everything” “.

The interrogators left him on the floor and got down: “I don’t know if I was conscious or unconscious, asleep or awake, but I didn’t move. When they came back there was someone else with them. Then they removed the cloth from my head.”

They brought a young man into the room to torture and force him to confess, while at the same time trying to break Mr. N.’s resistance. . There were two tables facing each other, and a stick was placed on the third table. It was clearly used to spread the captured eagle. They’ve done it so many times that the tables were hanging around.”

The young man was shouting: “I was arrested on September 23. The person you are talking about died on September 29. Why don’t you understand?” The investigator said: You have been saying this 10 days ago. Write who was the owner of the firearms found in the home and I will give the dates. Then the young man shouted that the weapons were not his. This exchange was repeated over and over again.”

Discover Mr. N. Later that the detainee was about 30 years old and was a native of Urmia, the capital of West Azerbaijan. As the interrogation continued, one of the interrogators turned his attention to Mr. N.: “He grabbed my hair and pulled me up, putting me in a position where I could see the young man tied to the rod and the tables. It took him a very short time to confess. He said that if they untied it, he would write what they wanted.” Within seconds a skinny man in a suit came, recorded the young man’s confession and left.”

Then Mr. N’s turn came: “They took the young man away and began to interrogate me. The interrogation lasted four hours but no violence was used. Then they brought me back to my cell and the interrogator told me: See you in 40 days.”

Mr. N was returned to cell 19B. And all night they kicked the cell door to prevent him from sleeping. The next morning, they took him to the interrogation room again: “They focused on my mobile phone. My phone was not with me when I was arrested. I told them I didn’t have one. They asked questions about five SIM cards registered in my name. They said I was using one of the SIM cards even before a week, and they told me my phone model. I said I sold my phone and I lost my SIM card.”

During this interrogation, the hands of Mr. N. Handcuffed behind the chair: “One of the interrogators raised my hands and pulled me. There were two legs of the chair off the floor. Then he punched my rib, hitting the same spot that hit me the day before. that.”

Mr. N.’s shoulders were dislocated. After the interrogator withdrew his handcuffed hands behind the chair: “The pain was so severe that I thought my spine was broken. They threatened me that they would chain me with the penis and leave me in this position for a long time. They said no one knows that I was arrested. I repeated that I do not have a mobile phone. Then he came An agent with a laptop. He tried to access my social media accounts through text messages.”

The agent said he had found something he could use against Mr. N: “I just stored the Telegram channel official’s phone number on Telegram. That was enough for them, and the investigator told me: ‘Now there is a full charge against you: links with hostile media outside the country.”

Rape of prisoners in the overcrowded central prison of Tabriz

On the same day, at noon, Mr. N. To Tabriz Central Prison, where there were a large number of detainees, mostly university students: “The quarantine ward of the prison was filled up etc. I lost consciousness while talking to the prisoners. I don’t know how long it took to regain consciousness in the prison clinic. I did not have The doctor forms or stamps because prison officials took them away to prevent the detainees from being transferred to an outside hospital. One of the prisoners immobilized my shoulder but the pain was still killing me.”

Says Mr. N. What he witnessed during his three-day stay in prison shook his bones: “I saw with my own eyes violent criminals raping young detainees. Some of these criminals promised to release them or give them leave if they harassed the detained protesters in any way.”

Then Mr. N. to the Revolutionary Guards prison. The third interrogation was in the presence of a number of other detainees. None of them were from Tabriz but was arrested in another town: “One of the detainees was accused of being a separatist. He was a young man and the interrogators angered him by saying sexual things about his fiancée and her wonderful body. The young man shouted: Kill me! Another detainee, who is very young, was threatened with transfer to the The common ward and raped him.They used very obscene language.The interrogator told another detainee, “I will hit your fingers with a baton so hard that you will lose the ability to write.”

The interrogators focused on terrorizing the detainees. One of them said: “There have been 64 people in solitary confinement here for two years. They were all like you and their names were not published in the media.”

Mr. N. says: “I was feeling very bad because I did not take my medication, I lost consciousness and after a few hours I was taken to the hospital. When I returned to the prison ward, I heard that some detainees were going to Evin Prison. [in Tehran]On the same day, shootings and shootings took place in Evin Prison. The next day they began releasing many detainees on bail. I was one of them and I am now awaiting trial. I try not to go anywhere or talk to anyone because I start crying when I remember what I saw [while in custody]. “

The iPhone home screen is boring. Here’s how to customize apps and tools

How to find and recover deleted text messages on your iPhone